Peter John William Hayward, Founder & CEO of Hayward’s Grand Safari Company, conceptualized the Grand Safari concept way back in 1991. His first luxury mobile camps were basic military in style and accommodated over 100 guests at a time with small crews of maximum 20 to 30 staff.

For over 200 years the old hunting rule that tented fly camps should not be bigger than 16 beds (and include staff) stood the test of time. But this old rule in the 21st century, excluded big private event parties and corporate incentive groups forcing them to use only wilderness areas that already had hotels or lodges  (usually too small) built in or near them.

Peter pioneered his new grand safari concept with National Parks boards and wilderness land custodians, illustrating to them that big mobile camps were in fact more eco-friendly than safari lodges. His grand safari camps were the first in over 100 years to be set up in the wilderness areas of The Kruger National Park, I’Simangaliso Wetland Park, Pilanesberg, Botswana’s Moremi, Namib’s Nauklift and the West Coast National Park. This brought much needed focus and income to wilderness areas where previously, VIP groups had no chance of gaining access into such regions.

Peter’s passion with the African wilderness began at an early age when he visited the Hayward’s family farms in the Steytlerville’s Winterhoek Mountain region of South Africa’s Eastern Cape. Vast Karoo landscapes and the smell of sheep sheering barns and fynbos filled the air and an old exploring spirit of his great grandfather was rekindled.

The Hayward’s family heritage has played an important role in the foundation of Hayward’s Grand Safari’s events and expeditions with his ancestors having first set foot on Africa in the 1600’s (Dutch) and then in the 1820’s (English) and becoming true pioneers of a long and outstanding Out of Africa way of life.

In the late 80’s, Peter set about relinquishing his corporate ladder climbing quest, after spending 10 years on the gold mines as a deep level gold mining official, then a further 8 years in the financial advisory world. It was now time to spread those entrepreneurial wings.

In the late 1980’s fund raising campaigns for the plight of the rhino and other endangered species, disadvantaged rural children’s education programs and creating a fundraiser for SPCA with a series called “Find The Kruger Millions” were created by Peter. This quickly became a popular Sunday newspaper competition based on the history of southern Africa and Paul Kruger’s lost gold and led to an international television series called Treasure Hunters where Peter starred as the main protagonist and researcher in a few filmed treasure hunts around southern Africa – From Find the Kruger Millions, to The Hunt For the Grosvenor, Lost Diamonds of The Kalahari, and The Hunt for Lobengula’s Gold – all part of a popular TV series on Discovery Channel with over 500 million viewers world wide.

By 1991 huge film crews from the USA were calling for Peter to set up camps for them in inhospitable wilderness regions throughout southern Africa. In April of 1999 Peter was commissioned by Land Rover to set up a camp for their launch of the all-new Discovery 2. It was time for the Grand Camp concept to be reborn into the redesigned 5 star Hayward’s Grand Safari Company. 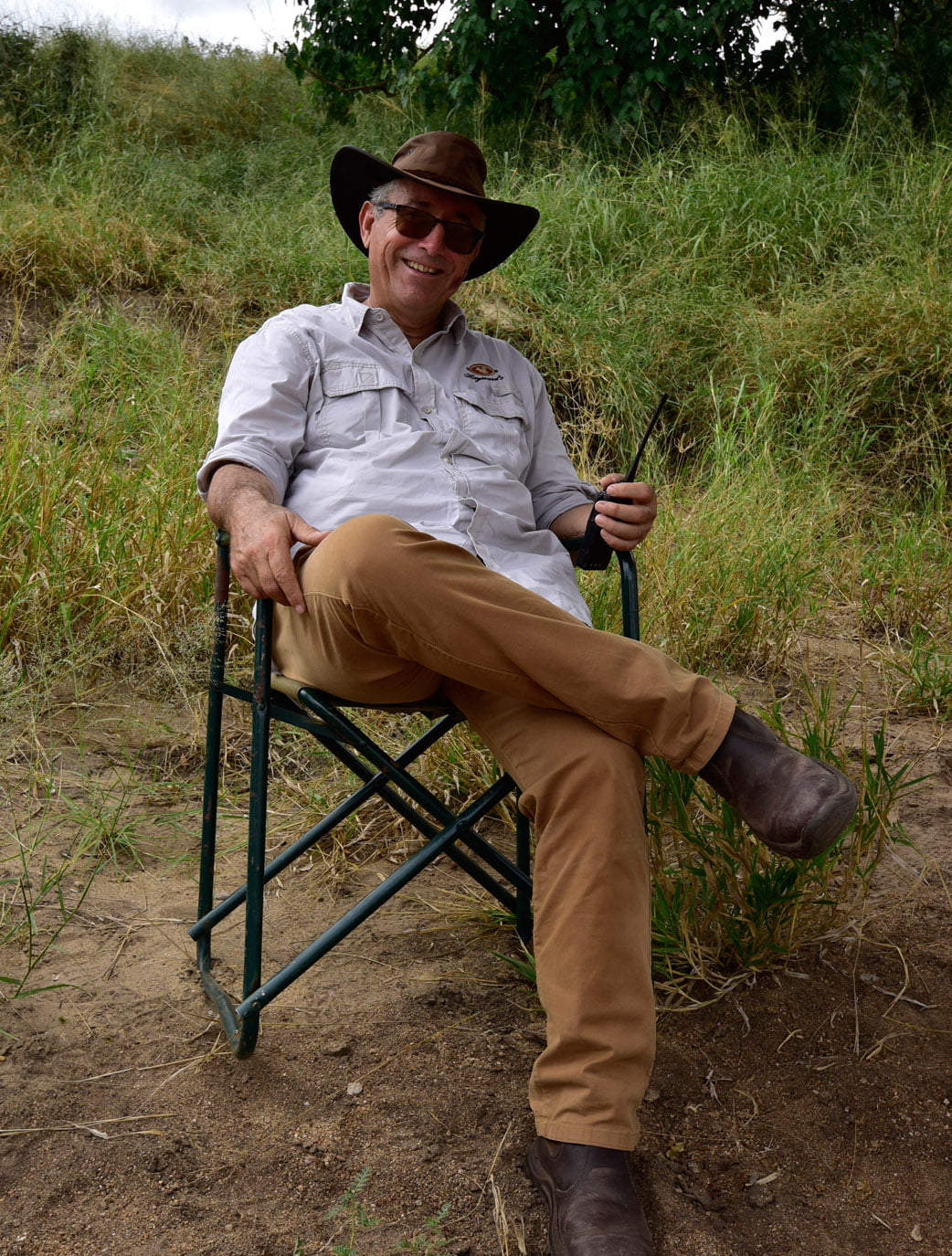 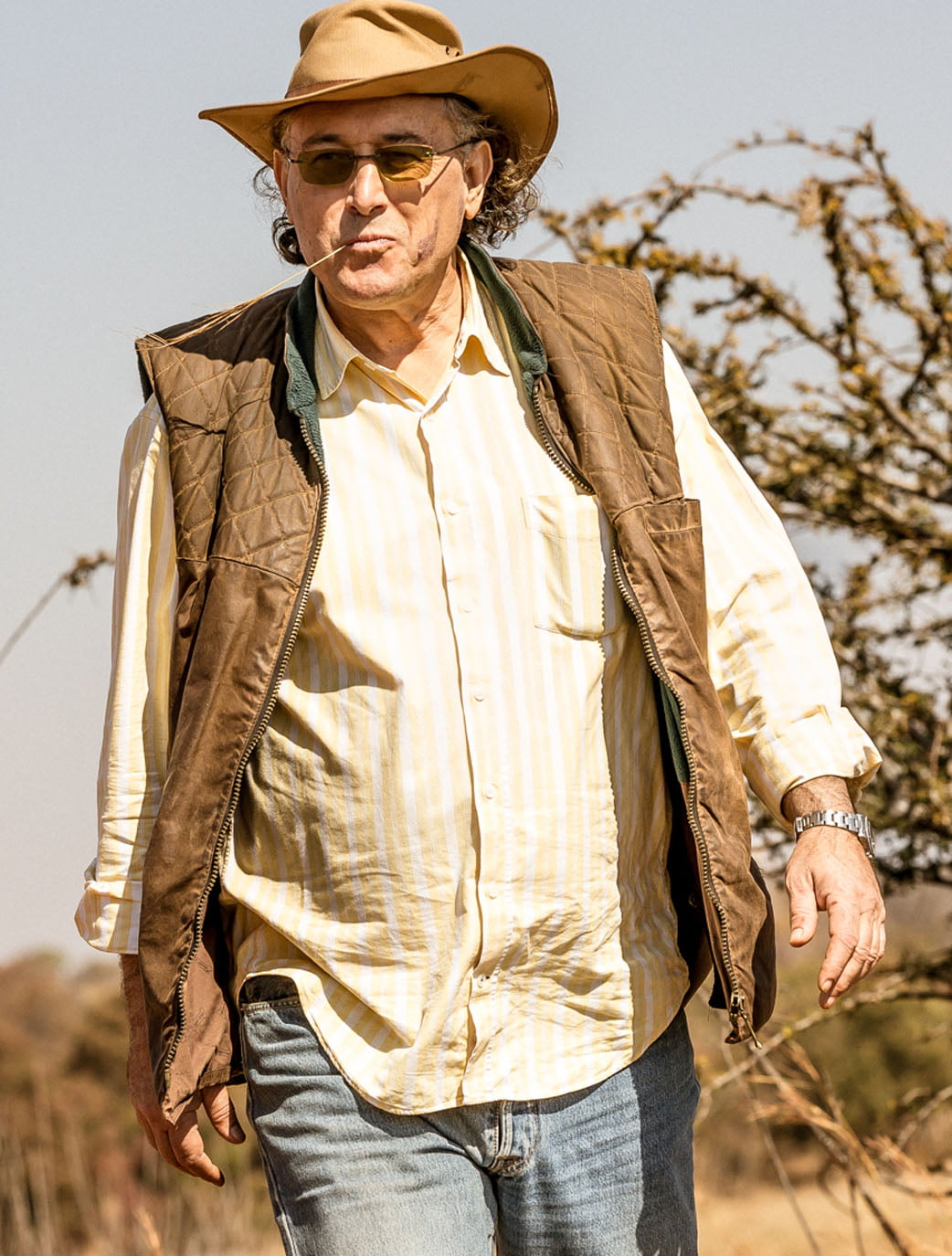 Nowadays expect Peter to put VIP groups of urban opinion leaders into contact with rural wilderness land custodians and provide a bridge that fosters a greater understanding of one another’s role and importance in a sustainable future for Africa.

Sharing a deep love for the African continent and its people, Peter strongly believes Africa has a vital role to play in humanity’s sustainable future and his roving camps are the perfect platforms for like-minded explorers to join him on this quest.

With an intense 25 year track record in being commissioned to set up bespoke safari camps for the world’s most illustrious clients, celebrities and business tycoons, Peter Hayward may just deserve the title of Camp Outfitter Extraordinaire.