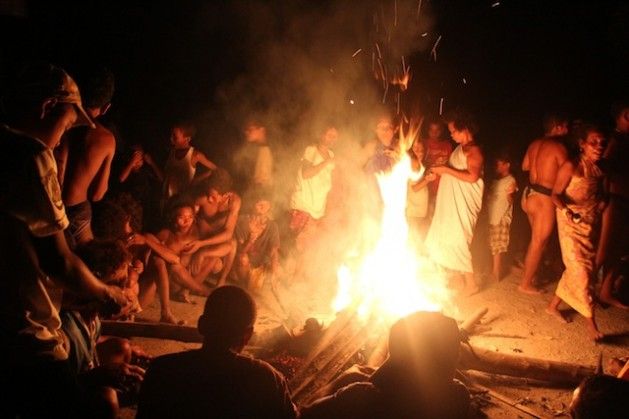 African storytelling has kept the rich history of Africa and her many societies, laws, traditions, and cultures alive through the centuries since our human ancestors first lived on the continent more than 5 million years ago.

Rather than today’s traditional methods of mass media and modern communication, African history and community customs have been passed down from each generation through the traditions of teaching, mentor-ship and oral storytelling around the fireside.

African storytelling is central not only to keeping cultures alive but also in supporting communities in making sense of the world, teaching life lessons, passing on knowledge, beliefs and personal morals and helping to spark the imaginations of younger generations.

In his autobiography, A Long Walk to Freedom, Nelson Mandela describes as a young boy how he learned through both oral storytelling while his mother cooked food in a three- legged iron pot over an open fire;  and observed important life lessons when he attended tribal councils with the village elders.

African storytelling is a shared event where communities large and small gather to listen, respect, reflect and participate in both history, tales and myths, about ancestors and great warriors, kings and chieftains, and those not yet born.

A storytellers tale could take the form of a religious belief, a historical victory or as warning about coming doom. It is always an event celebrated within the warmth of the fire, with the sanctity of honor bestowed on past generations and current elders; and can be accompanied by music through traditional African instruments such as drums, xylophone, mbira, marimba, guitars, rattles and shakers.

Inspired by the theater of the storyteller, communities are captivated by the speakers every word and gesture of the performance, one which is filled with drama, imagery, rhythm, repetition and song and where a story could become so familiar and loved that the group members actively participate.

Sometimes the role of the storyteller becomes a calling and a good storyteller can advance his talents and become a professional in the role.

Past-president of South Africa, Jacob Zuma had his own personal praise singer accompany him to important events. Here the role of the storyteller is to write and perform music and poetry which praises him as an important person and walks alongside him telling the gathering at large of his virtues and achievements.

Praise song is one of the most widely used poetic forms in Africa and the praise singer is known as an Imbongi, storytellers who remind a nation how far it has come and where it is going, and reminds a nation of their culture’s living heritage.

He is Shaka the unshakeable,
Thunderer-while-sitting, son of Menzi.
He is the bird that preys on other birds,
The battle-axe that excels over other battle-axes.
He is the long-strided pursuer, son of Ndaba,
Who pursued the sun and the moon.
He is the great hubbub like the rocks of Nkandla
Where elephants take shelter
When the heavens frown…
(trans. by Ezekiel Mphahlele)

The African Sangoma, or traditional healer and doctor also uses storytelling as part of their ritual of healing. In Zulu and Xhosa mythology, there is a strong belief in the Tokoloshe, a knee-high water spirit who is considered either mischievous or evil depending on the situation; and which has the ability to become invisible by drinking water or swallowing a stone.

The Tokoloshe can be used by others to cause trouble when called upon by jealous or desperate people wanting to control a situation of love or business. Often the witchdoctor is called upon to displace a bad spell by the Tokoloshe by speaking with the person’s ancestors and asking them to protect them.

Following 25 years of safari adventure and exploration in Africa, Peter Hayward continues the tradition of storytelling for international guests around the fireside while on secluded African safari camps deep in the South African bush.

Here, elders, scientists, adventurers, ecologists and astrologers gather to share and inspire on topics such as science, tradition, history, anthropology, astrology and new concepts for future living; all while gathered around the warmth of the fire as a million stars shine on from the black velvety African skies above.