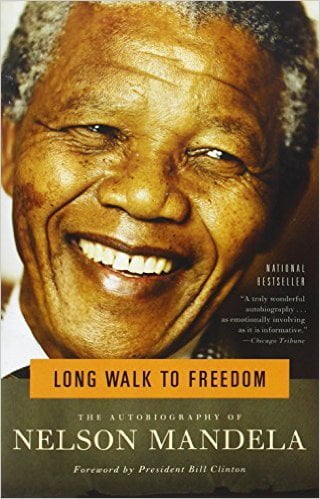 South Africa is a vast and diverse landscape encompassing a rich cultural history. International safari travelers to its world class wildlife reserves and heritage sites are always curious regarding both is past dynamics as well as the country’s modern-day political characteristics.

We have compiled a list of rich and inviting fiction and non-fiction books and films by South African authors and playwrights which portray a glimpse into some of its past and present events, people and influences which blend into a many-hued interpretation of South Africa as it is today.

Fair Game is the story of the hidden history and heritage of the Kruger National Park. It’s an engrossing and little-known tale filled with boisterous personalities, twists of fate, unlikely heroes, stubborn perseverance, greedy villains and (luckily) a very happy ending. So, prepare yourself for a grand historical safari as it recounts the unlikely tale of an unwanted wasteland that grew into the one of the greatest game reserves in the world.

Conversations with my Sons and Daughters
By Mamphela Ramphele
Non-fiction

In these conversations with people of a younger generation Mamphela Ramphele responds to the growing despair among young South Africans about the cracks that are appearing in South Africa’s system of governance and threatening the idealism of the country that reinvented itself with the dawn of democracy in 1994.

Trevor Noah’s unlikely path from apartheid South Africa to the desk of The Daily Show began with a criminal act: his birth. Trevor was born to a white Swiss father and a black Xhosa mother at a time when such a union was punishable by five years in prison. The stories collected here are by turns hilarious, dramatic, and deeply affecting.

No Future Without Forgiveness
By Desmond Tutu
Non-fiction

Desmond Mpilo Tutu won the Nobel Peace Prize in 1984 and was only the second black person ever to receive it. In 1986 he was elected archbishop of Cape Town, the highest position in the Anglican Church in South Africa. In 1994, after the end of apartheid and the election of Nelson Mandela, Tutu was appointed as chair of South Africa’s Truth and Reconciliation Commission to investigate apartheid-era crimes. His policy as described in his book is one of forgiveness and reconciliation and serves as an international example of conflict resolution, and remains a trusted method of post conflict reconstruction.

Power of One
By Bryce Courtney
Fiction

In 1939, as Hitler casts cruel shadow across the world, the seeds of apartheid take root in South Africa. There, a boy called Peekay is born. His childhood is marked by humiliation and abandonment, yet he vows to survive and conceives heroic dreams, which are nothing compared to what life actually has in store for him. He embarks on an epic journey through a land of tribal superstition and modern prejudice where he will learn the power of words, the power to transform lives and the power of one.

Life and Times of Michael K
By JM Coetzee
Fiction

Written by South African novelist J.M. Coetzee, who won the Nobel Prize for Literature in 2003, and the Man Booker Prize for both this novel and another book of his, Disgrace, is a bleak, but haunting and entirely captivating novel about the physical and spiritual journey of a man who travels throughout war-torn South Africa on a mission to return his ailing mother to her rural home.

The Covenant
by James A. Michener
Fiction

Set in South Africa, beginning 15,000 years ago and ending with the Boer War, this is a novel about people caught up in the march of world history. It is a story of adventure and heroism, love and loyalty, and cruelty and betrayal.

The Day of the Dead Moon is a beautifully narrated and captivating chronicle of the events leading up to the destruction of the Zulu capital at Ulundi and the subsequent impact of this campaign on the Zulu people, including the battles of Hlobane, Khambula and the death of the Prince Imperial. David Rattray devoted much of his life to the exploration of these troubled times by studying books and documents relating to this period and collecting stories handed down through the oral tradition of the Zulu people.

Diamonds, Gold, and War: The British, the Boers, and the Making of South Africa
By Martin Meredith
Non-fiction

Southern Africa was once regarded as a worthless jumble of British colonies, Boer republics, and African chiefdoms, a troublesome region of little interest to the outside world. But then prospectors chanced upon the world’s richest deposits of diamonds and gold, setting off a titanic struggle between the British and the Boers for control of the land.

The result was the costliest, bloodiest, and most humiliating war that Britain had waged in nearly a century, and the devastation of the Boer republics.  Meredith expertly shows how the exigencies of the diamond (and then gold) rush laid the foundation for apartheid.

In his review, celebrated author in his own right, Wilber Smith writes: “Despite the depth of scholarly research it contains, this book reads not as dry history but as a vivid and thrilling account of the forging of southern Africa into its present distinctive shape and character. Martin Meredith captures the colours and textures of the land and brings to life the extraordinary figures who peopled it and whose influence lingers on. His descriptions of Rhodes and Kruger, of Robinson and Barnato and all the other actors, rogues and heroes of this epic drama played out upon the scorched African veldt are filled with fascinating insights and rich with anecdotes which bring them bursting from these pages.”

Jock of the Bushveld
By Percy Fitzpatrick
Fiction

Jock of the Bushveld is the classic and much-loved South African story based on the true experiences of Sir Percy Fitzpatrick and his Staffordshire bull terrier, Jock. The story begins in the 1880s, at the time of the South African gold rush, when a young Fitzpatrick worked as an ox-wagon transport rider in the old Transvaal. There he came across a man who was in the process of drowning a puppy, the runt of the litter. He saved the dog and the story of his ever-faithful and loving companion was born. This book can be enjoyed by adults and children alike.

“Long Walk to Freedom” the autobiography of Nelson Mandela, describes the South African anti-apartheid struggle; his childhood; his development into a freedom fighter; his twenty-seven years in prison; and his remarkable role in the construction of a new, democratic South Africa. A must read.

A selection of short stories written over the years sees characters from every corner of society come to life, along with the South African landscape they inhabit. The stories have a strong focus on racial issues, yet their implications are universal. They include moments of vision, often ironic, sometimes shocking, mostly dealing with the hair’s breadth balance of racial tension still current in many different parts of the world today.

Mafeking Road and Other Stories
By Herman Charles Bosman
Fiction

These slyly simple stories of the unforgiving South African Transvaal reveal a little-described (and rarely romanticized) world of Afrikaner life in the late 19th Century. Much like Mark Twain, Herman Charles Bosman wields a laughing intolerance of foolishness and prejudice, a dazzling use of wit and clear- sighted judgment.

An Instant in the Wind
By Andre Brink
Fiction

An Instant In The Wind is arguably André Brink’s masterpiece. In the guise of an historical novel set in the eighteenth century, Brink presents a superb portrait in miniature of the dilemmas and contradictions facing a South Africa organised by an assumption of apartheid. Unlike many stories of conflict, however, an Instant In The Wind is no tragedy. Unusually, the novel is a remarkable tale of fear, struggle and eventual survival that leaves the reader with an uplifting positive message on the value and potential of human cooperation. This is a historical novel, it’s a travel book, it’s a road story, it deals with relationships between consenting adults and there are several battles with nature.

E Lollipop
This is the extraordinary story of two inseparable South African children which follows an inspirational story line against the breathtaking backdrops of a dramatic African landscape and New York City in the mid-1970s “e’Lollipop” is a life-changing story that reminds us of the true value of friendship, community, sacrifice and family – despite our colour or creed.”A South African classic of international stature it manages to transcend the boundaries of its day imposed by Apartheid

Cry Freedom
Made in 1987, Cry Freedom is based on the best-selling book by South African newspaper editor Donald Woods. It tells the story of Woods’ attempts to uncover the truth about the arrest and subsequent death of black activist Steve Biko, and the way in which he was forced to leave South Africa because of it. Directed by Richard Attenborough, it stars Kevin Kline and Denzel Washington. With South Africa still firmly in the grip of apartheid at the time, Zimbabwe stood in as the location, with filming taking place in Harare. It was nominated for three Oscars and numerous other awards.

Tsotsi
Winner of the 2006 Oscar for Best Foreign Language Movie, Tsotsi is gritty, raw and profoundly moving. A tale of teenage angst in modern South Africa, it is set in the hard world of the Johannesburg townships. Tsotsi (which means “thug” in township patois) gets more than he bargains for when he steals a car and finds he’s got a baby to look after. Directed by Gavin Hood, it is based on a novel by South African writer, Athol Fugard, originally written in 1960, but left unpublished for 20 years. The protagonist is played by Sowetan native Presley Chweneyagae.

Catch a Fire
Directed by Philip Noyce and starring Tim Robbins and Derek Luke, this movie follows the story of the apartheid struggle, starting with the armed insurrection of Umkhonto we Sizwe (the military wing of the ANC) in the 1960s. It focuses on the story of a young black man who unwittingly gets caught up in the struggle and the policeman who arrests him. The real Patrick Chamusso, on whom the film is based, appears as a walk-on, while writer Shawn Slovo’s parents, leaders of the South African Communist Party and famous anti-apartheid activists, Joe Slovo and Ruth First, also appear.

District Nine
This science-fiction fable, directed by newcomer Neill Blomkamp and produced by Peter (“The Lord of the Rings”) Jackson, takes the form of a mockumentary about ugly aliens which invade South Africa and are herded into a slum. The film’s South African setting brings up inescapable parallels with its now-defunct apartheid system of racial segregation. The title “District 9” evokes Cape Town’s historic District 6, where Cape Coloureds owned homes and businesses for many years before being bulldozed out and relocated.