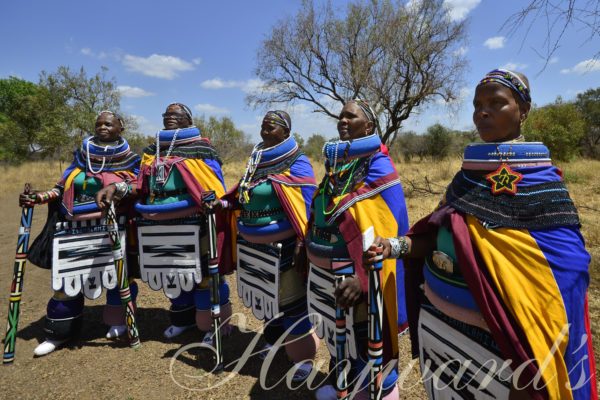 Following 25 years of taking big group incentive participants on luxury safari, Five Star Hayward’s Safaris in South Africa understands how important it is to engage with the local communities living in and around the countries pristine and heritage site wildlife reserves.

Taking luxury safari groups into cultural homelands such as the San and the Ndebele, Hayward’s Safaris has an established social development arm, and is focused on peace-building initiatives that places emphasis on growing heritage and cultural tourism, which underpins local economic development.

While international and corporate incentive groups seek adventure, culture, history, archaeology and interaction with local people, owner Peter Hayward ensures that visitors to South Africa experience an authentic mobile safari that incorporates the country’s diverse culture, nature and wildlife elements that include rare and sacred places of its people, its history and its heritage for the future.

What will you experience?

Says Hayward, an adventure extraordinaire in his own right: “On a Sacred Safari you learn about cultures, meet authentic African royalty and learn about, trade with and make art with cultural artisans, ancestral heads and local traditions of the tradesmen, as well as learning about the rich musical traditions of cultural song and dance.

From traditional witch doctors to modern urban-living lifestyles, you’re invite to meet and engage with individuals and villages where your participation and social interaction ensures community upliftment with the building of schools, hospitals, and the sharing in the making of crafts and buying and drinking a beer in local shebeens”.

Where will you travel?

From the exquisite beauty of the Ukhahlamba Drakensberg Park with its San rock art to the Isimangaliso Wetland Park, a World Heritage Site which features the big six (whales included) visitors are assured of an exceptional biodiversity in Kwa-Zulu Natal (KZN).

The Cape Floral region, the Garden Route and the world-famous Robben Island in the Eastern and Western Cape protect the richest plant life in the world, as well as the history of the demise of Apartheid.

In Gauteng, Vredefort Dome and the Cradle of the Humankind (Gauteng) speak of our world evolution dating back 3.5million years and modern cultural villages such as Kagga Kamma, Shakaland, and Lesedi Cultural Village retain knowledge of the continent’s cultural history, together with the modern-day landmark of Soweto which represents a melting pot of South Africa’s 11 official languages.

From learning what life was like in the Gold Rush, to trading spices as did the first explorers to the continent of Africa, you will challenge pre-conceptions, feel the rush of natural Big Five beauty and relax in five star comfort knowing your tourism and incentive programme is bringing social upliftment to a nation rebuilding its future.

Where can you find teaming Big 5 Wildlife close to urban cities?

Working together with Dinokeng’s Big 5 national reserve in Tswane, they offer the same experience you could find in the Kruger National Park – if not better since it is more private and exclusive – all just within an hour’s drive of Johannesburg, Pretoria or OR Tambo International Airport.

This means large incentive or meetings groups of 100 plus global achievers with a tight itinerary are spending less time and less budget flying big groups up north. You don’t require the enormous task of travel logistics usually associated with travelling to Limpopo or Mpumalanga. Instead, Haywards make use of the Big 5 luxury safari option right here on Gauteng’s doorstep.

Hayward Safaris still host private groups into the Kruger for custom mobile safaris at a premium price for a minimum of four nights for this exclusive opportunity, where substantial payments are made to support and uplift local communities and empower anti-poaching groups on the ground.

Says Peter Hayward: “What I feel is most relevant is our  protection of the land we use – as custodians – to generate income and market South Africa’s natural heritage and cultures to the rest of world. We invite you to journey here for a personal experience that will live on in your heart for eternity.”

Book your Sacred Safari with Hayward Safaris and experience authentic Africa in five star style in the footsteps of the first explorers.