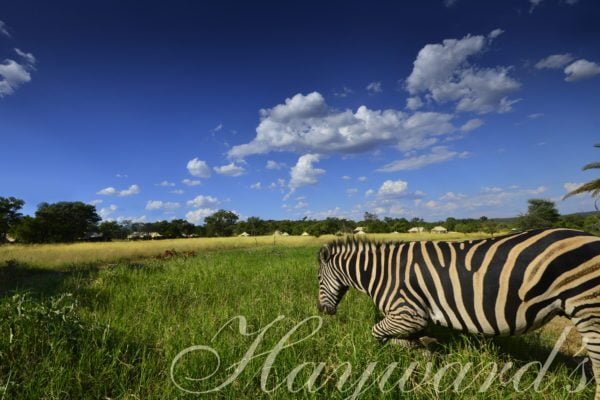 SAFARI CULTURE SHOCK: FROM CITY TO BUSH IN 60 MINUTES

Corporate incentive groups are discovering luxury African Safaris close to Johannesburg’s CBD which offer all the wildlife attractions of the Kruger National Park.
With the Johannesburg skyline and its international airport just a one hour journey to reach vast stretches of pristine wildlife reserves on a 5-star Hayward’s Safari, South Africa’s relationship between corporate commerce and its unequaled tourism heritage links human and animals in indelible and life changing experiences…. all right on Gauteng’s doorstep.

Travel and tourism protagonists continue to strive towards preservation of these natural habitats and respect for their inhabitants while still delivering life-changing safari experiences which underpin their efforts to preserving them for future generations.

Says Adventure Extraordinaire Peter Hayward, “Its all about being present in the moment when in you in unadulterated nature. There is nothing more magnificent that an African sunrise or sunset.  The silence, the fresh air and the dissolution of time.”

Hayward Safaris has the privilege of established headquarters situated in Tswane’s Big 5 territory which is quite literally a one hour drive from Johannesburg international airport and a 40 minute drive from Pretoria, seat of the country’s parliament. Touch down from your international flight at Oliver Tambo Airport and within an hour you are being welcomed with a cocktail and traditional hand-washing ceremoney as you enter your bespoke 5-star luxury safari camp.

“There are no long logistics to negotiate in ‘getting there’, we can make most of your safari time at Haywards. The Big 5 are on your doorstep whether you are hosting a full production product or vehicle launch, conference for 200 delegates or an incentive reward for an international inbound group.”

“We debrief or guests very gently,” says Hayward. “It is often a culture shock moving so quickly from big city frenzy to the peace and stillness of the open bush.

“At our Safari Headquarters we have free-ranging giraffe and zebra and a variety of buck which greet you from the moment you enter the gate and its safe to walk about camp or catch a camel taxi to dinner.

“For big group safari events we set up in the Big 5 Dinokeng Reserve within a private conservancy where we ensure the group is protected by armed Big 5 rangers and butler’s to prepare your safari tents. Here guests are accompanied at all times. We have to think for our guests in predator territory. They can’t decide to just walk out to the loo.

“We see a lot of fears surfacing in the rawness of the bush,” says Hayward. “There is no need for facades here. Life is real and happening. We use it to bring knowledge and courage.

“For instances, there is a fear of snakes. We have over 160 species of snake in South Africa yet this irrational fear stops people from learning how to see and respond to them. Puffadders, for example, don’t move out of the way when they sense the vibrations of something approaching, as other snakes do. Instead they blow out air as a warning. Most people who don’t hear this sound will get bitten if too close. Boomslang are probably the most venous snake yet they rarely ever bite anyone because their fangs are located further back in its jaws than other snakes.

THE MEETING OF MAN AND NATURE

Hayward says the wildlife can be as curious as the visitors to their territory.

“We enjoyed a herd of elephant walking through camp during the middle of one hot afternoon. Our international guests were resting in their tented suites and the group CEO who was Japanese was reading his imported newspaper on his patio, only to look up, and up, and up to these grey mammoths silently ambling by, not three metres away from him. We found him under his chair. Of course, our safari rangers were aware of their presence and were quietly escorting them through the camp.”

Haywards encourages this corporate settling-in to enable the mind to rest. Silence allows true experiencing and safari professionals are great storytellers too with a wealth of experience and information which finds parallel with our daily ‘normal’ lives back in the big cities.

Book your next corporate event, incentive experience or product launch on the outskirts of Johannesburg and enjoy the last of Nature’s great gifts and the lessons it has to teach us.